Some glass applications call for a roughened surface. We do this by etching or sandblasting. 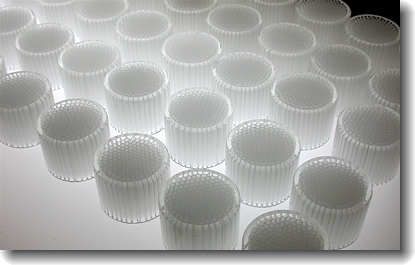 The surface of the glass can be chemically etched to produce a roughened, or frosted appearance, much like sandblasting. This surface preparation can be useful for holding a coating on the glass surface. Hydrofluoric acid or ammonium bifluoride are the most common etching agents. Etching borosilicate glass is more difficult than soft glass. Our experience with getting just the right amount of etching is illustrated below.

Sandblasting is by far the easiest way to get a frosted surface effect, within the constraints of what surface you can reach with a sandblaster; the insides of a small cylinder, for example, are very difficult, while the outside is simple. 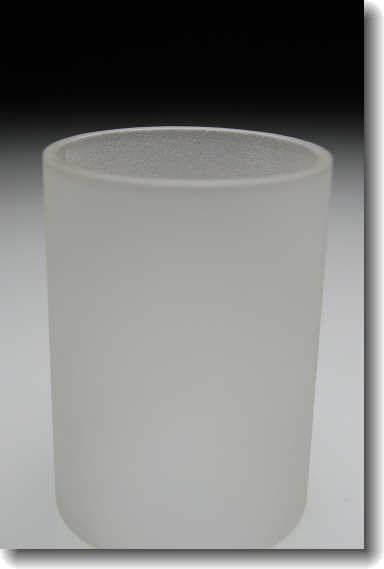 Sandblasting is the economical choice for
lighting components.

The images below show a series of scanning electron micrographs of the glass surface before and after being etched. The three samples are shown with scale marks at 10 and 1 micron, respectively: 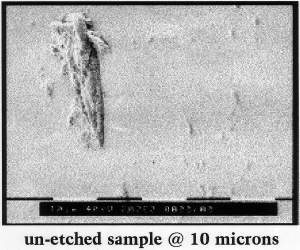 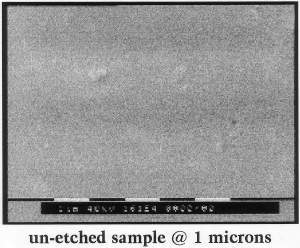 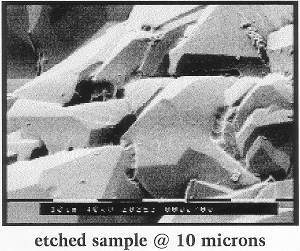 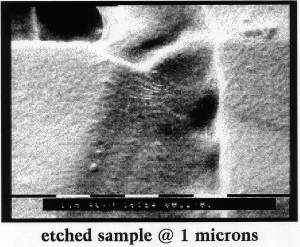 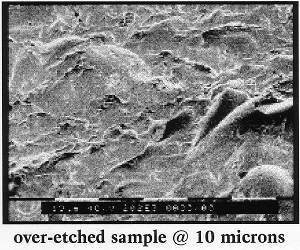 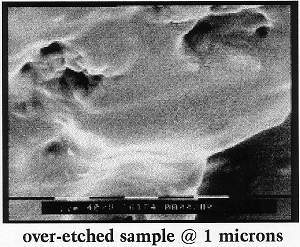 The above results were revealing. The process involves the formation of silicon fluoride crystals on the surface of the glass. SiF is water soluble, and it is the reverse image of the angular crystal structure left behind after rinsing in water that produces a rougher surface, more scattering of light and less specular reflection.
An interesting feature was revealed in the micrograph of the over-etched sample. The “highs” of the previous sample have themselves been etched down, having the effect of flattening out the surface, resulting in less light scattered and a glossier surface. Counterintuitive; more etching "should" produce more etched surface....You can imagine how much this drove us nuts.