A company working on energy effieciencies in glass windows contacted us for glassware that would be used to perform continuous polymerization reactions. They wanted a tabletop stirred reactor and their concept started with a 500ml GL80 media bottle as they liked the idea of versatility, as well as having lots of in-house machined connectors for that sized thread.

After a series of emails detailing function and practicality, we proposed the design shown on the right. This configuration utilizes the GL80 thread (64mm ID) as a bottom port and incorporates a provision to support the reactor with a simple column clamp. The stir shaft is accommodated with off-the-shelf hardware that is supported with a centered #15 internal glass thread. 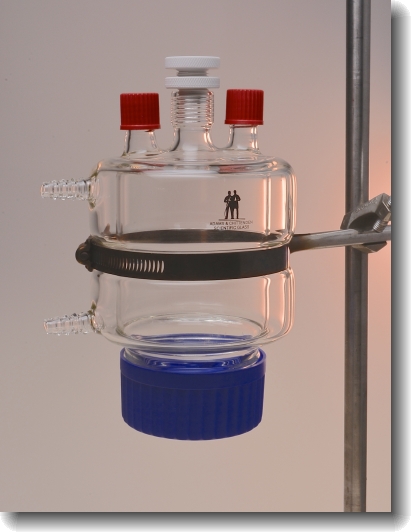 The reactor worked well, but there was an issue with leaking at the bottom GL80 thread over time and with temperature. Based on this recent experience, we were quickly able to generate a second iteration that replaces this thread with DN60 Schott flanges and hardware while preserving the working features of the previous design. 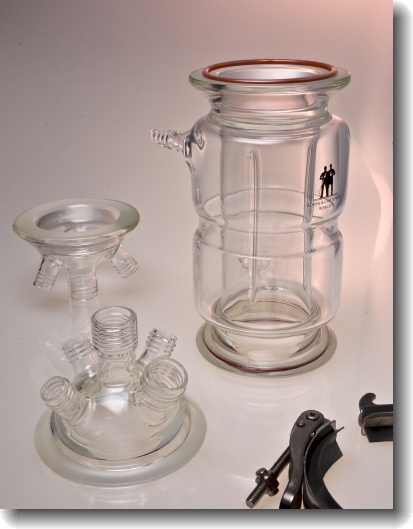 Baffles were added to promote mixing, and the porting was augmented to reflect the actual needs of the work. 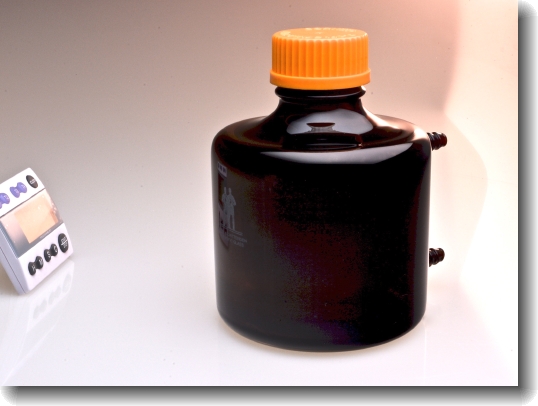 We heard back from the customer..... good news!

" Hello!
I wanted to let you folks know that the reactor is working fantastically, better than we could have hoped for really. We're now thinking forward towards a scaled up system, and I'm hoping you can send me a ballpark estimate for a jacketed reactor in the 5L and 30L scale..... " 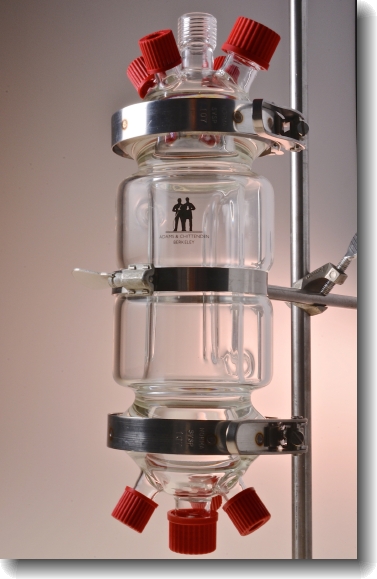 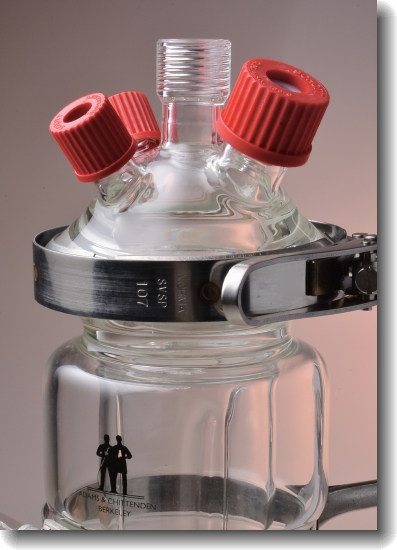