We received an interesting request from researchers who wanted to make respirometry measurements on ants in action. This would require sealing and porting a small chamber having  a specific aspect ratio that conformed to their food source; wood in this case, as shown on the right. There was also a need to count and monitor the denizens

We suggested "redrawn" borosilicate tubing for this, and found some material well-suited to the purpose, shown below. These chambers were then formed by closing and porting the ends, and adding hooks for inexpensive closure. The chamber was then sawn open and the edges firepolished. Finally the two side were decaled with discrete numbers.

Yet another suprising way glass has continued to useful for making tools for science. 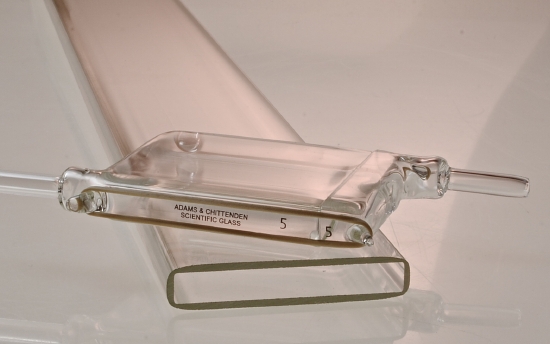 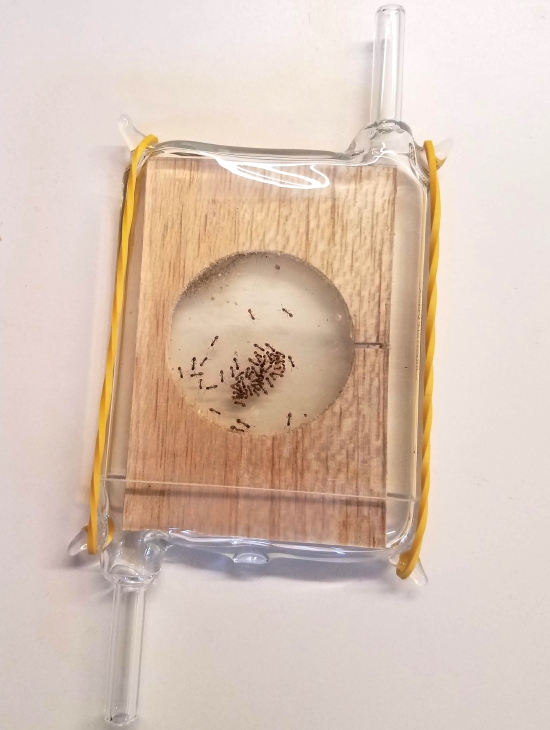