We were asked by Dr. Dan Miller of  Lawrence Berkeley Laboratory to quote on a diffusion cell for continuing research. He had a cell that he had been using but it presented some problems. He was open to a re-design of the cell as long as we could maintain the relevant features of his ongoing work, specifically the jacketing for temperature control, a uniform internal volume, the large format sealing surfaces, and stir wells for magnetic stirring.

We proposed a cell design shown on the right and below. This revised cell features a couple of improvements; the internal volume is less occluded and the added "feet" improve the alignment of the membrane openings. 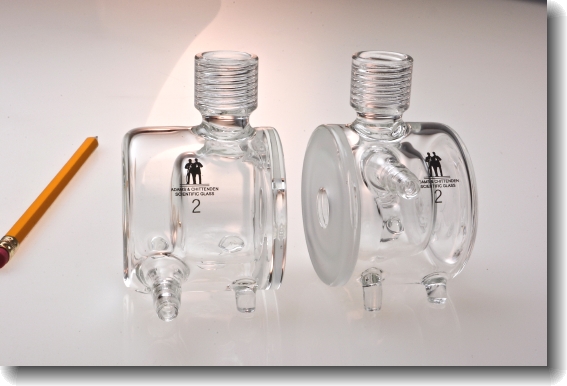 When asked about holding the cell halves together, we were entertained to hear how he was clamping them. He writes "I made a couple of silicone 'washers' that go on either side of the membrane sample, and smoosh the sandwich between the halves of the diffusion cell". He was happy to send us a picture of his setup, shown on the right.

And when asked about what his work involved, Dan explained;

"We are interested in measuring the rate of diffusion of small molecules through polymeric membranes. To make this measurement, we begin with a solution containing our analyte in the right (donor) cell, and with ultrapure water in the left (receiver) cell. The membrane is sandwiched between two silicone gaskets in the center. We monitor the increasing concentration of the analyte in the receiver cell as it diffuses from the donor cell, through the membrane, and into the receiver cell. From these concentration data, we can calculate the permeability of the membrane to the analyte. This diffusion cell setup is standard practice in the scientific community studying membranes and transport of small molecules through polymer films." 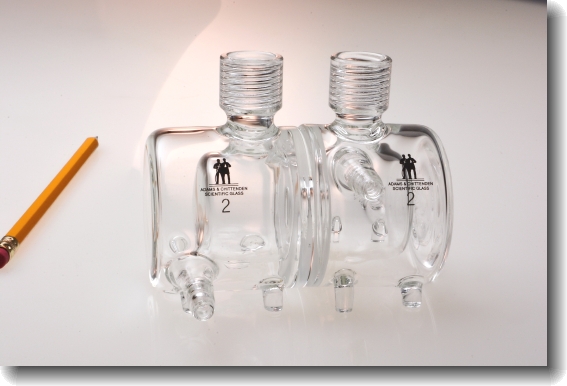 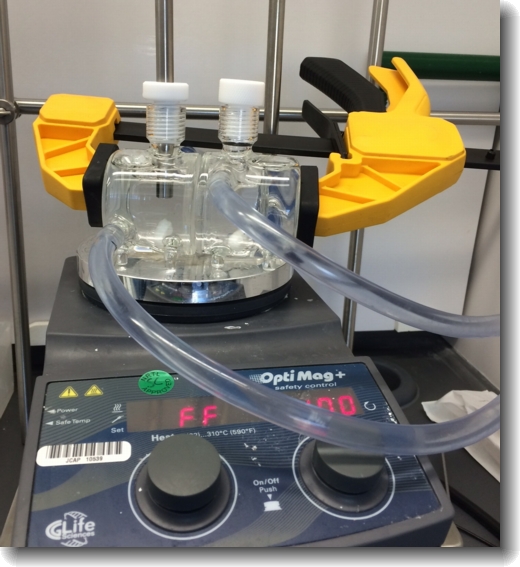